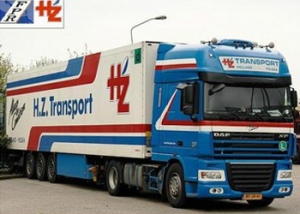 Already since the year 2001, one historical partner linked to Effepierre Logistics has been the Dutch company HZ Transport b.v., surely one of the leading transporters in
the world of temperature-controlled shipments.
Today the markets served from Italy are: France, Germany, Belgium, Luxembourg, Netherlands, England, Romania, Hungary, Spain, Poland, Portugal and Turkey.
The organization of Effepierre is considered by the customers one of the most reliable forwarding-partners in Europe for the management of temperature-controlled shipments.
The company is daily committed in the coordination of foodstuffs, pharmaceuticals, chemicals, of which a large scale of ADR, that has always been an important specialization of Effepierre.

Discover here …
Why entrust us with your international shipping suits you?
Why you will save time while shipping with us?
Why get a greater partnership with your customers through our services?
Download Guide